See the pot calling the kettle black When the whiteman met with us he said we wére primitive. We were wearing clothes best suited to our weather. Calico covering the breasts and genital area, for the female gender and cloth for men because of the heat. Today we are vindicated. The bikini is worst. And what some of the models wear are at best crimes against humanity. Exposure of motherhood and very suggestive. The colonial government prescribed suit plus tyre in this hot climate that can rise to 70 plus degrees Fahrenheit.The international students are mostly in flip flopps. Plus short attire. Shoes have their designated roles. Whatever makes the European feel superior.When our mothers are covered in cloth they claim Oh! She’s too old…she’s isnt fashionable. When we wore clothes friendly with the weather they claimed *we are naked* Two professors have been interdicted for “in appropriate behaviour”. They are to lose salary and active role for 6 months. The only evil was foul language. Professors that have gone through the mill. From degree level the’ve endured exposure . Indecent exposure! Coquettish language and behaviour associated with the youth and sexually active segment of society. And have earned scars/ qualifications ,All the way to professor status. No mean climb /achievement .Some of evidence against the professors is not up to 15minutes long. Who rears fowls and feeds on the meat of hawks.” Hena na onyen nkuk) no owi peetee”. I believe its only in situations where coitus can be established that crime has been commited.And In cases such as stalking and excesssive force . The women professors give your male students deep hugs when your efforts to impact knowledge has witnessed fruition. Shall we be scared of our own daughters who are in the most provocative and suggestive wears. Even angels could not resist the daughters of Eve…!!!. Who came up the concept of sexual revolution? Who’s more liberal with their sexual orientation than the west ?At 16yrs of age you could bring a boyfriend home and damn your parents to open their mouth against you.In Africa ,16 yr olds sleep in their mother’s bed and are made to do Dipo* or girl initiation rites.They are mainly errand girls. Sometimes the female gender have mannerism not coteminous with pleasure seeking. Do away with her completely! The buttocks of man is congrous to that of the woman . There’s equality. So the birth of Gayism. There are Transgender. Masseurs, strippers , Adult actors etc. Whatever gave birth to Fetishism. Legalised prostitution manifested as Adult actors or Porn stars. Mini skirts … Our minds are bombarded with expilicit sexual behaviour on a daily basis. We’ve learnt to do explicit scenes in our music videos, movies and adverts. Explicit language in commercials sell like ‘hot dogs’. There’s twerking and live sex and more twerking. The Bible says whoever decides to carry fire in his bossom and will not get burnt. Unfortunately Africans are fast learners. We take things to the extreme as against Hindi movies and Asian films where sex is not their agenda. We must proclaim at all avenues that promiscuous behaviour is ailean to the African culture and terrain. When to indulge and when to delineate or demarcate boundaries. Kofinutekpor@yahoo.com 0542071082 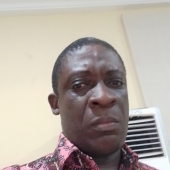